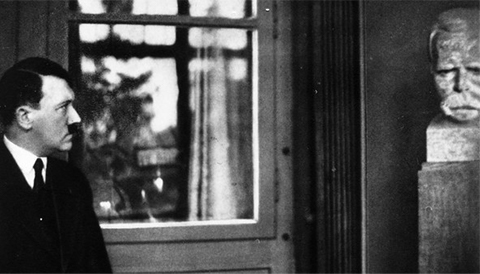 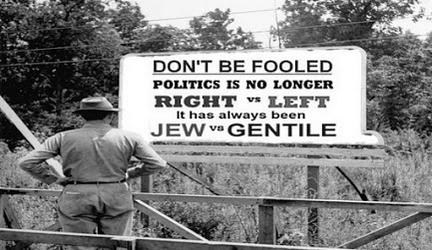 All of the lies and propaganda of the parasitical war-mongering Jews which was effective against Germans during and after the Second World War had already been tried in the First.

From The Mercury, Hobart, Australia, December 4th 1915 (with a few spelling corrections):

"According to information from Russia, the condition of the Jews in Poland is daily getting worse. Russian Poland contains a larger number of Jews than all the countries of the world together, and those six millions of Russian and Polish Jews are today the most pitiable victims of that race hatred and that race fanaticism which have been the creed of Germany and which have been too often propagated by the Jewish publicists themselves. Anti-Semitism has been rife in every country, but only in Germany has it been preached as a systematic doctrine. The same national historian, Treitschke, who was the champion of Prussian militarism, has also been the father of German anti-Semitism. And yet leading Jews like Miximilan Harden, Dernberg, and Wolff are still defending the righteous German war, and are still loyal to the Super-race." 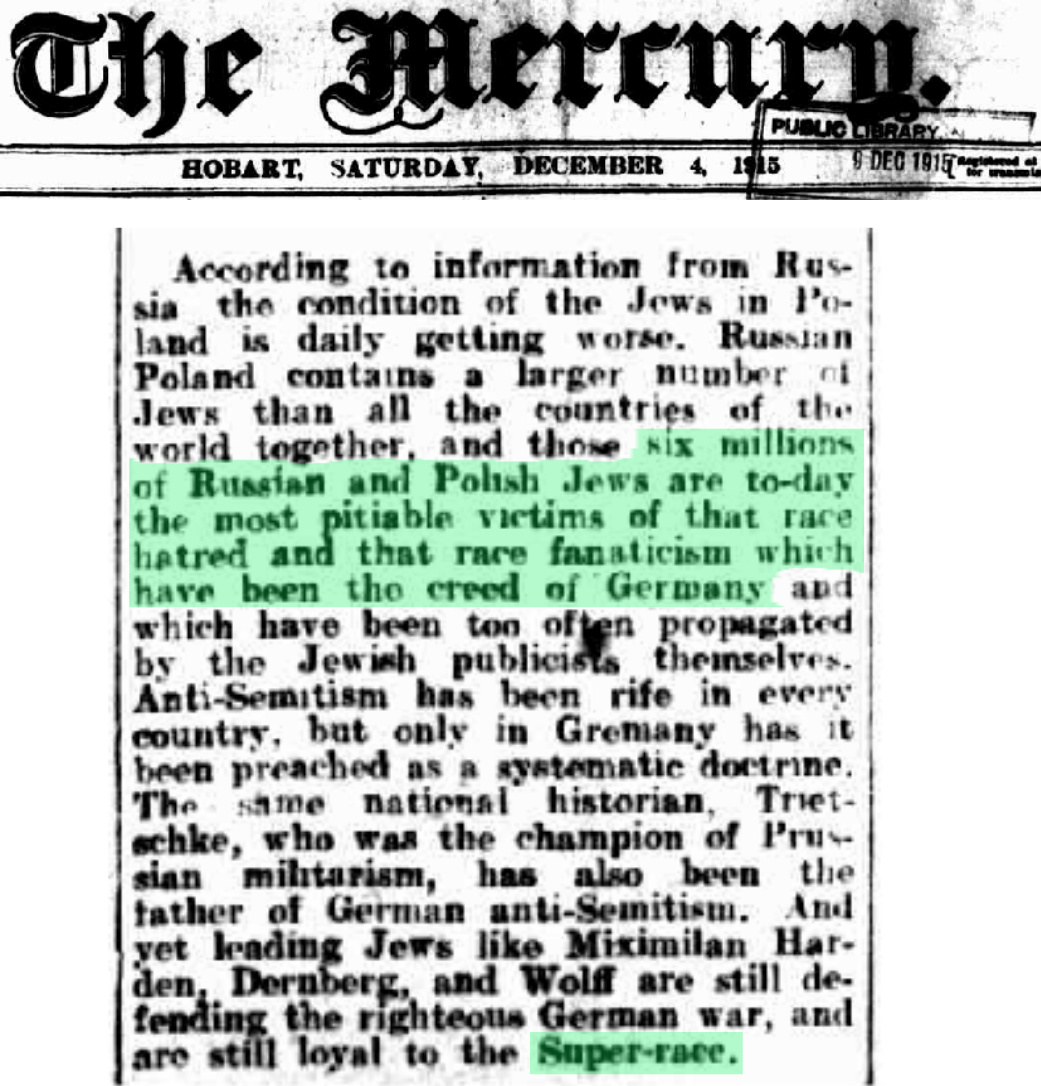 Courtesy of our friend Otto S.

The video above is courtesy of TheTrans22 Youtube channel, thank you!

In the first public declaration on the Jewish question since the outbreak of the war, Arthur Greenwood, member without portfolio in the British War Cabinet, assured the Jews of the United States that when victory was achieved an effort would be made to found a new world order based on the ideals of “justice and peace.” ... 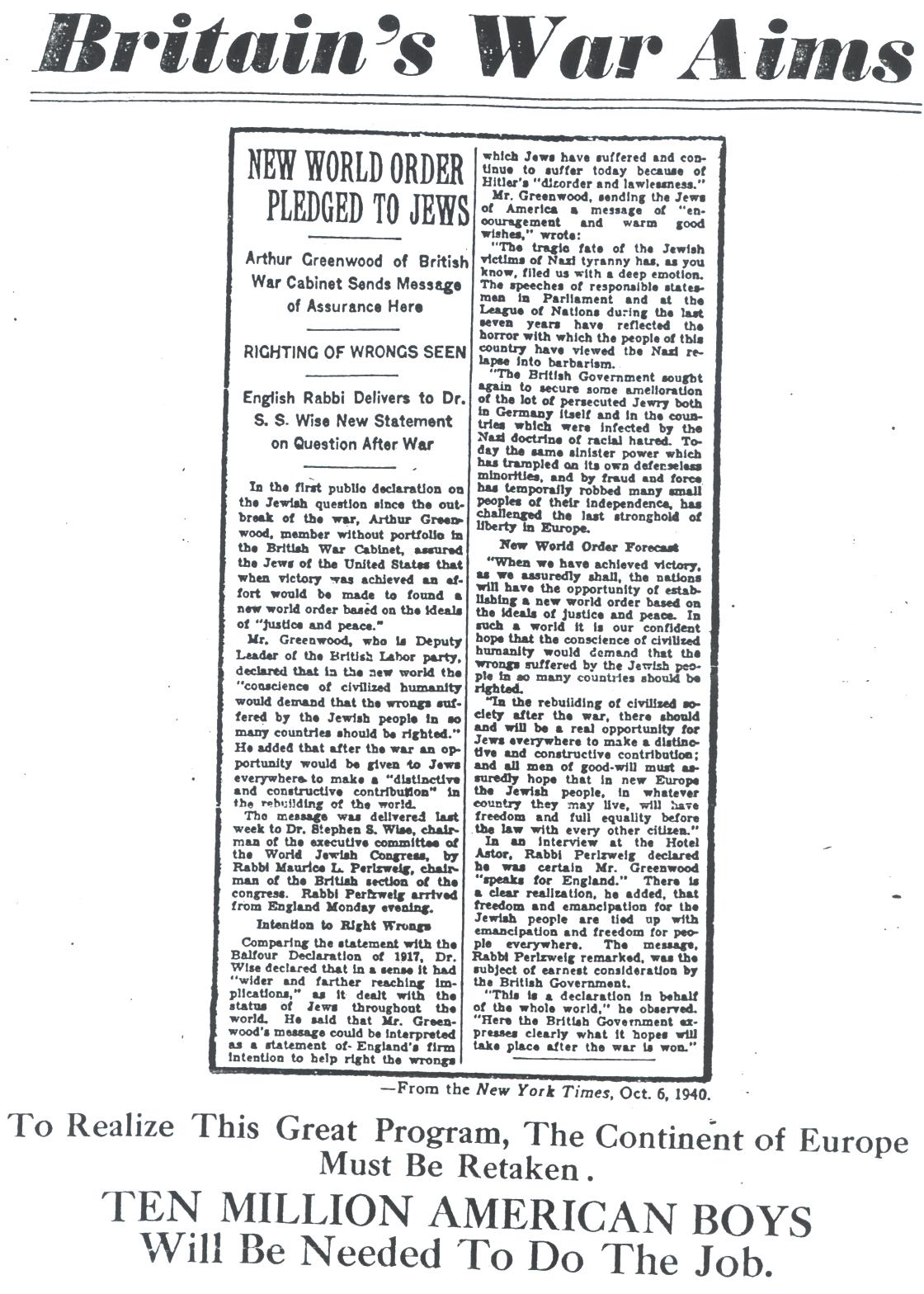 (Click here for an anonymously annotated version, which voices some legitimate concerns but was not very kindly or very professionally done. It also incudes an addendum by Wm. S. LeGrande - who nay in fact have also been the annotator.)

The devastation of civilization to date by the rapacious hordes of Godless Communism, as well as their planned annihilation of all non-Jewish societies and political organizations, began to ravage the world in the nineteenth century. It has resulted in incredible suffering and death for many millions of Christian victims in many parts of the world. Yet these Christian victims lie in their graves, unmourned and unknown, while a new class of international citizens, the creators of Marxist terrorism, profess to be the only "victims" who have endured suffering in the past one hundred and fifty years. They command the world to weep for them, because they control the world.