This article was originally titled  "The Bolsheviki, who they are and what they believe" and appeared in a publication  called World's Work, in October of 1918. The unnamed writer of the article, and apparently the publication itself, seemed to have Bolshevik sympathies, but by Wikipedia they are considered "a monthly magazine that covered national affairs from a pro-business point of view." Of course, Bolshevism failed miserably, living up to none of the hype offered up in this and other early writings. Marxist doctrine fails whenever it is tried, and has never succeeded anywhere. Yet the article is very informative, telling us exactly the nature of the people behind Bolshevism. Thanks again to Mr. Jerel Mosley, who provided this document from his personal library. - WRF 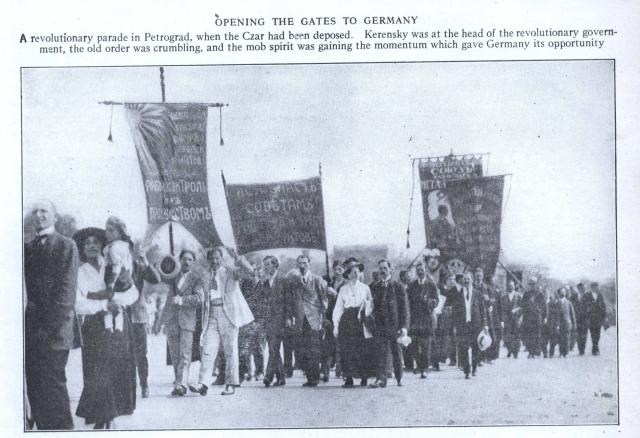 THE BOLSHEVIKI, WHO THEY ARE AND WHAT THEY BELIEVE

Nearly all the Leaders Jews from New York - How Smolny Institute, the Capitol of Russia,

Is Conducted - The Economic Doctrines of the Bolsheviki

This article is compiled from the first-hand experiences of a New York business man, whose name is withheld for obvious reasons.- THE EDITORS

THERE are three questions that constitute the puzzle of the day. They are:

Who are the Bolsheviki leaders?

What do they believe - just what is their theory of government? Is it Socialism or Anarchism or what?

Just exactly how do they administer the government?

I have just returned from Russia. I was there when the Bolsheviki came into power. I attempted to do business in Petrograd, Moscow, and Kiev for a year. First and last I have met and had dealings with most of their leaders, hundreds of their underlings, and talked to every "workman and soldier" I could. Keeping scrupulously to facts within my own observation and experience, I will attempt to answer these questions plainly and directly.

These Kerensky-era Russian notes are decorated prominently with swastikas. 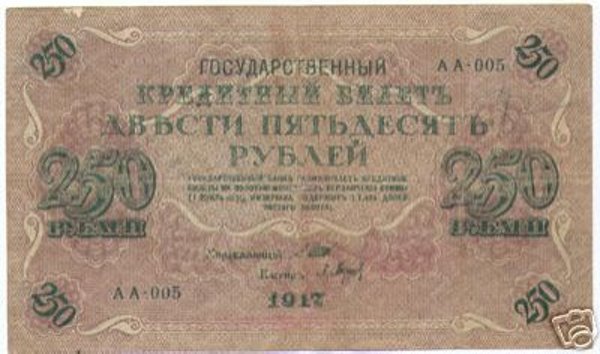 The front of a 1917 Russian 250-Ruble note. The back of this bill contains a large swastika super-imposed with a double eagle. 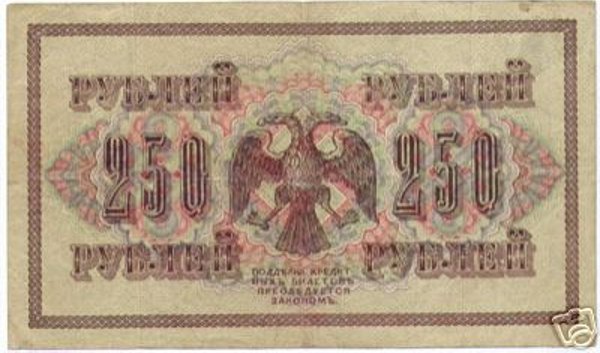 The back of a 1917 Russian 250-Ruble note. In the center of the bill notice the swastika super-imposed with a double eagle.

The back of another Russian 250-Ruble note, with a swastika in the center that is super-imposed by a double eagle.

One side of a Russian 5000-Ruble note. Notice the large swastika in the center.