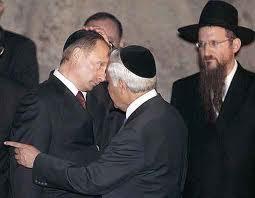 This is recently reported by the Ukranian news agency Unian (we apologize for the imperfect Google translation):

In Russia criminal liability introduced for rehabilitation of Nazism

Putin's regime continues to heroize history of the USSR. 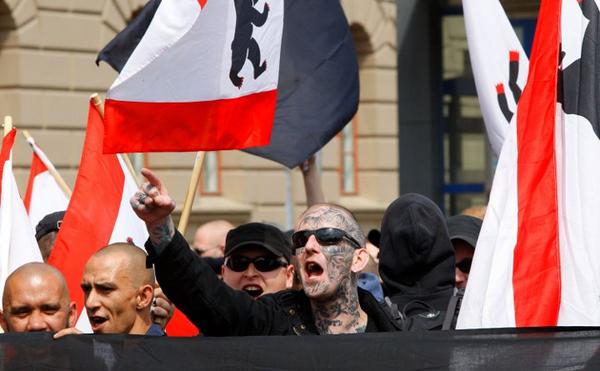 For the rehabilitation of Nazism in Russia threatens punishment of 5 years imprisonment.

According to the press service of the Kremlin, President Vladimir Putin signed a federal law "On amendments to some legislative acts of the Russian Federation."

According to the document, criminal liability for the rehabilitation of Nazism spread false information about the activities of the Soviet Union in World War II, and the denial of the facts established by the verdict of the Nuremberg Tribunal.

It is emphasized that the law is aimed at countering attempted assaults on historical memory of events that took place during the Second World War.

"Federal law is introduced criminal responsibility for denying the facts established by the verdict of the International Military Tribunal for the trial and punishment of the major war criminals of the European Axis countries, the approval of the offenses established in the said judgment, as well as the dissemination of false information about the activities of the Soviet Union in World War II" - the document says.

Thus, increased criminal liability is assumed by the mentioned act, if committed by a person using his official position, using the media or from the fabrication of prosecution evidence.

In general, the following are punishable by up to 5 years imprisonment.

Recall As UNIAN reported earlier, in the Luhansk Oblast of the Russian neo-Nazi arrested on anti-Ukrainian propaganda materials. It was determined that the detainee is a member of the group of neo-Nazis - skinheads "Slavs". When it was discovered than with a swastika SS, metal chain and propaganda leaflets "Donbass arise."

This article was first located at the Ukranian website Ukrainian Truth, Historical Truth

Here is a story from when the initial bill was introduced: http://www.sbs.com.au/news/article/2014/04/05/russia-backs-nazi-rehabilitation-ban-bill

Here is an announcement when the bill was passed, from Russia Today: http://rt.com/politics/154332-russia-nazi-rehabilitation-ban/comments/page-6/