The following is the full text of the article for Nazi from Volume 16 of the 1947 edition of the Encyclopaedia Britannica. Note that there is not one word of a Holocaust, a genocide of Jews, or any of the other countless slanders heard today.  Included below are images of the original pages, click on each to enlarge.

NAZI, a popular abbreviation for a member of Adolf Hitler’s National Socialist German Workingmen’s party (Nationalsozialistische Deutsche Arbeitpartei, commonly designated by its initials, NSDAP). The nickname originated from the German pronunciation of the first two syllables of “National.” The Nazi party was formed by Hitler and six comrades at Munich in 1920. Its original program, drawn up by Gottfried Feder, comprised 25 points. Six of these have been more or less completely realized: equal rights among nations for the German people and abolition of the Versailles treaty restrictions; exclusion of Jews from German political, economic and cultural life; abolition of the “corrupting” parliamentary system of many parties; the replacement of the professional army by a people’s army; regimentation of the press, which must be exclusively in the hands of Germans, to prevent “deliberate political lies,” and of art and literature, to prevent all tendencies disruptive of German life; and the creation of a strong central government. Six points have been partly carried out: restriction of the immigration of non-Germans who immigrated since Aug. 2, 1914; replacement of “materialistic” Roman by German common law; an open road to higher education for all capable Germans; confiscation of war profits; unsparing prosecution of all who injure the common well-being, such as common criminals, usurers and profiteers; and the promotion of health, physical training and sports. Two points are still blocked by Germany’s neighbours: the union of all Germans (outside Germany) and more land, including colonies. Five socialistic points seem to be tacitly abandoned, although there is some agitation for them: abolition of unearned income and the breaking of “slavery interest”; nationalization of trusts; profit-sharing in big business; municipalization of big department stores in the interests of the small shopkeeper; and the expropriation of land for the common good. One point advocates “positive Christianity,” without binding the party to any particular creed, but also combats “Jewish materialistic spirit”; in practice minor sects have been suppressed, and Roman Catholics, Lutherans and Calvinists have been severely restricted. The remaining points are vague or of minor importance.

This Nazi program has never been officially revised, but it is no longer of prime importance, and its author, Gottfried Feder, has been shelved with a sinecure. Today, just as Christians draw their faith from the Bible and the words of Jesus, so Nazis find the expression of their faith and beliefs in Hitler’s book, My Battle (Mein Kampf), and in his speeches and decrees. 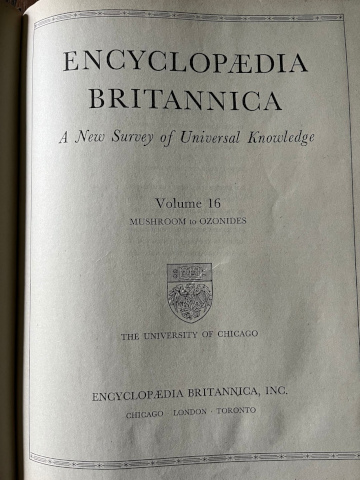 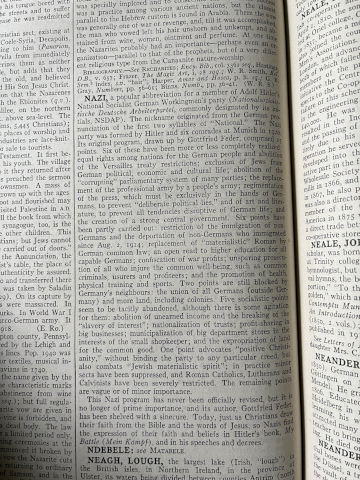